/ A reading with Fatma Aydemir, Hengameh Yaghoobifarah and Max Czollek as part of the special exhibition “Just love!”. The event will be moderated by Elisa Aseva.

/ The reading will be in german

How does it feel to be perceived as a “threat” every day? After the NSU scandal, how much trust still exists in the security authorities? What does it mean to have to justify oneself in the name of the entire homeland or the religious affiliation of the parents in every crisis? And how does racism affect sexuality?

*Elisa Aseva was born in Khartoum/Sudan, lives in Berlin and works here as an author, collective entrepreneur and mother.
Not least because of her migrant biography, she sees herself as an expert between the places.

*Fatma Aydemir, born in Karlsruhe in 1986, is a columnist and editor at taz. In 2017 she published her debut novel Ellbogen, for which she has been awarded the Franz Hessel Prize. As a freelance author she writes for Missy Magazine, among others. In 2019 she is a fellow of the Villa Aurora in Los Angeles.
Quelle: Ullstein Buchverlage

*Hengameh Yaghoobifarah, born 1991 in Kiel, is a freelance editor at Missy Magazine and at taz, writes for German-language media, including the column “Habibitus” for taz as well as for Spex, an.schläge and for the literary journal politisch schreiben. Yaghoobifarah’s essay “Ich war auf der Fusion, und alles, was ich bekam, war ein blutiges Herz” appeared in 2018.
Quelle: Ullstein Buchverlage

*Max Czollek was born in 1987 in Berlin, where he still lives today. Until 2006 he attended the Jewish (Ober-)School in Berlin and completed his studies in
Political Science at the FU Berlin, which he completed with a doctorate at the Center for Research on Anti-Semitism. Since 2009 he has been a member of the
Lyrikkollektivs G13, organises joint reading tours and publications and is curator of the international poetry project “Babelsprech”. He is also co-editor of the journal Jalta – Positionen zur jüdischen Gegenwart. The two volumes of poetry Druckkammern (2012) and Jubeljahre (2015) and the polemic Desintegriert Euch! have appeared so far. (2018)
Quelle: Hanser Literaturverlage 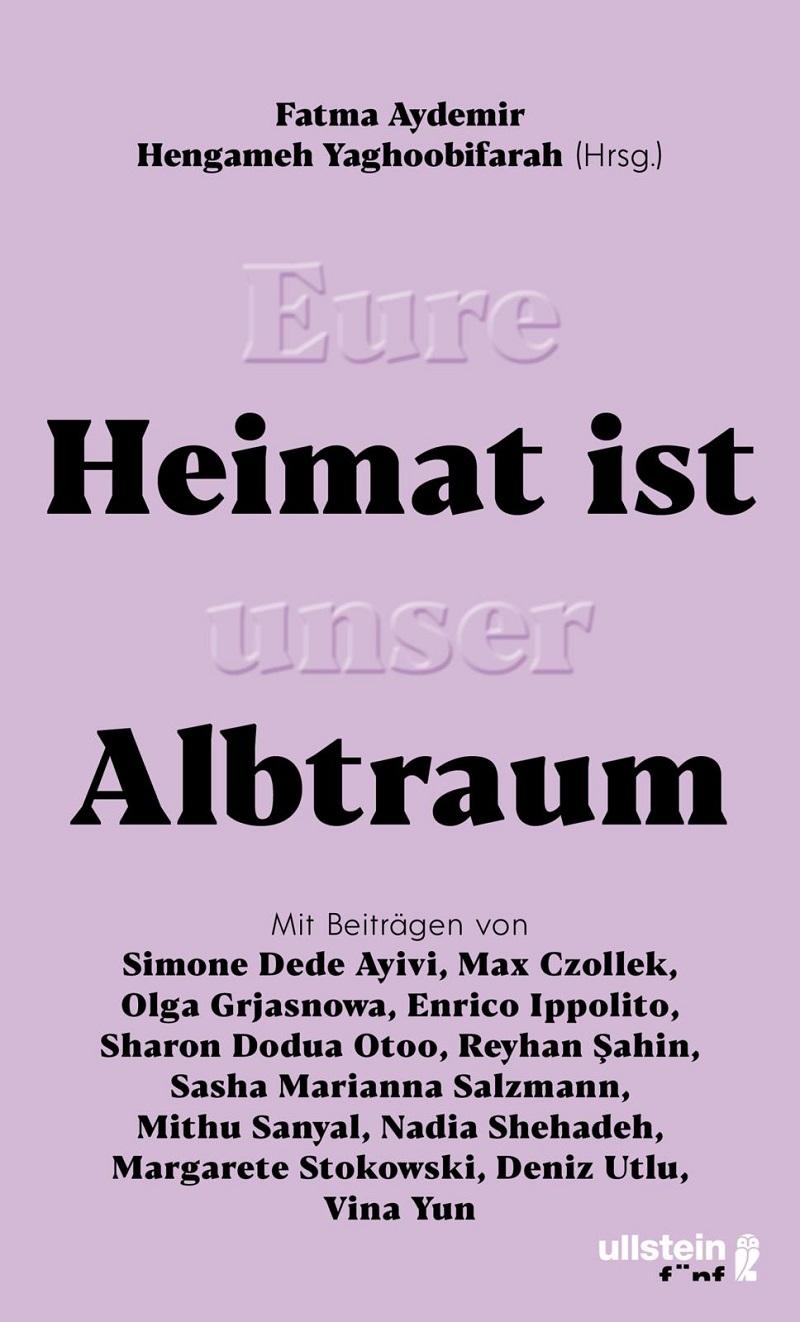